I am being haunted with images of my Aunt in the rest home, so small and frail asking to go home to her family.

My aunt Marlene was such a pivotal part in my mom’s life; they lost their mom when they were 8 and 9 years old. They were best friends in high school. Aunt Marlene had five children and my mom 5 because we were poor my dad battled alcoholism and was not in our lives much of the time my aunt Marlene would bring toys on Christmas when my mom didn’t have enough money. She sent my mom money every month to make sure to help take care of her needs.

When my daughter had her son who was born with birth defects we knew he had limited time on this earth that Christmas my aunt Marlene gave up her own gifts and had everyone buy presents for Hunter and my daughter and her husband. She went around collecting money to help, and they had an amazing Christmas together. That was his only Christmas, he died a few months later.

Generous, sweet, beautiful and kind  she lost a child who was only 2 years old he got 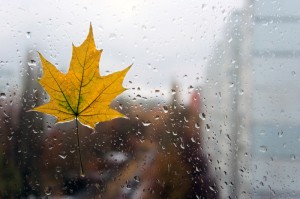 outside and froze to death soon after I was born and Aunt Marlene and Uncle Ross dotted on me whenever we saw them.

Because of my mom being a paraplegic needing surgeries and medical help, we kids were always making sure mom was taken care of visiting her and loving her.

My aunt used to say you kids are so good to your mom, I don’t think my kids would do the same.

I though surely they will, when she found out she had Alzheimer’s Aunt Marlene didn’t tell us mom had passed away by then.  My uncle Ross took care of her or tried, but one day she fell and broke her leg, so they put her in a facility until she could “heal.”

I went to visit her; it was just up the street from my house, my cousin was there and reminded her mom who I was. While visiting my aunt said how lonely she was and couldn’t wait until my uncle Ross came. She didn’t like sleeping alone.

I guess at that point her kids decided their dad could not take care of their mom, he was in his 80’s but very healthy still driving, they decided to put her in a facility with other dementia patients.  When I went to visit her, she was so sad; my uncle was feeding her and telling her how beautiful she was. All she wanted was to be with her family, she would cry it was all so sad and overwhelming.

She died 6 to nine month after she was admitted into the place. My uncle Ross said they didn’t take her out because it was hard to bring her back she wouldn’t want to go…

Not one of her kids took her in, my uncle moved to their oldest daughter’s home. I will never understand why they both couldn’t move in he could have taken care of my Aunt until she died.

It just haunts me that she was right – her last months of life were in a place she didn’t want to be. She was all but 90 lbs. how hard could it be, things could have been arranged.

Maybe I am being too judgmental – and if I wouldn’t have had that conversation with her  my heart probably would not be breaking as we speak.

I love you Aunt Marlene rest in peace.

My life has been full of twists and turns. I have been wanting to do a personal blog for a long time and so here it goes. To know who I am and what I am about - subscribe! Looking forward to your comments.
View all posts by Sarah Maude →
This entry was posted in Reflections of the Past, Relationships and tagged Alzheimer and dementia, regrets, sadness, sorrow, taking care of a loved one. Bookmark the permalink.