Living with dementia is a little like hell. Watching your loved one fade away little by little and there is nothing you can do to stop it…

It has been a while since I wrote an article and to tell you the truth I had just been so overwhelmed with life I couldn’t think about doing anything more than I had to. 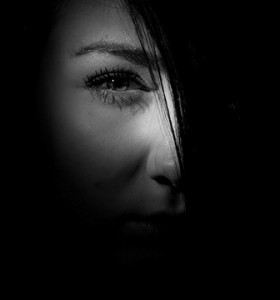 Writing this blog helps me, so I am going to force myself to write. My life has become more complicated by the onset of some more problems with my husband – things that are just inevitable. After reading an article that really explains LBD, I feel very lucky we have kept him healthy for so long.

Is It Alzheimer’s Disease or Dementia with Lewy Bodies?

Learn about dementia with Lewy bodies and how it differs from Alzheimer’s disease.

The most common cause of Major Neurocognitive Disorder (the new term for what physicians had previously called dementia) is Alzheimer’s disease (AD); only about one third of older adults with dementia have a different condition.

How common is Lewy Body Dementia?

After AD, Lewy body dementia (LBD) or dementia with Lewy bodies is one of the most frequent causes of dementia, affecting some 1.3 million Americans. To put this in perspective, Alzheimer’s affects about four times as many older adults. LBD usually can begin between ages 50 and 85, and typically becomes clinically apparent during a person’s mid-to-late 70s. The disease usually runs its course over about 6 years.

My life has been full of twists and turns. I have been wanting to do a personal blog for a long time and so here it goes. To know who I am and what I am about - subscribe! Looking forward to your comments.
View all posts by Sarah Maude →
This entry was posted in Challenges, Dementia, My Life and tagged Alzheimer, Caregivers, LBD, Lewy Body Dementia, Understanding Lewy Body. Bookmark the permalink.

One Response to Living with Dementia